No, it isn’t quite Christmas yet!

On my way back from Tesco the other morning, I went the long way around, down past The Cult and along the waterfront. There were three Seacat offshore support catamarans berthed alongside the lightship. 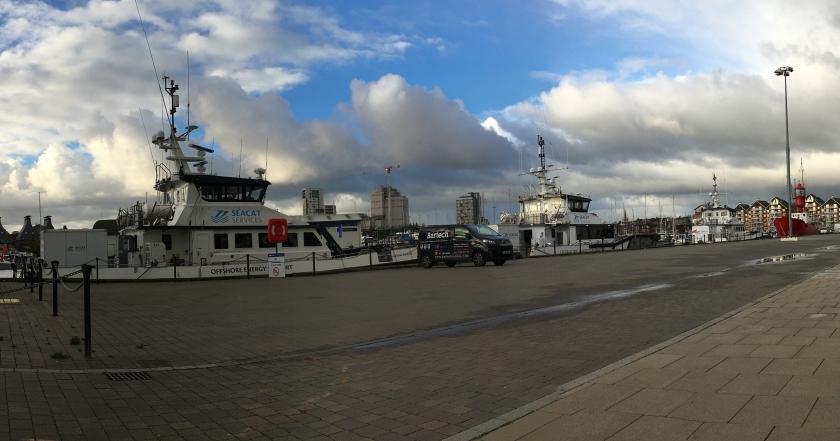 The three boats were: 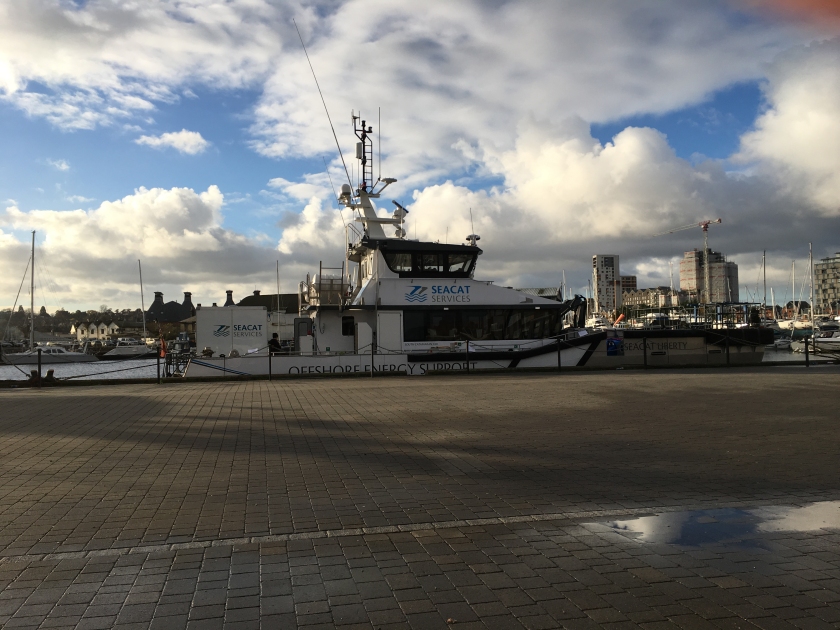 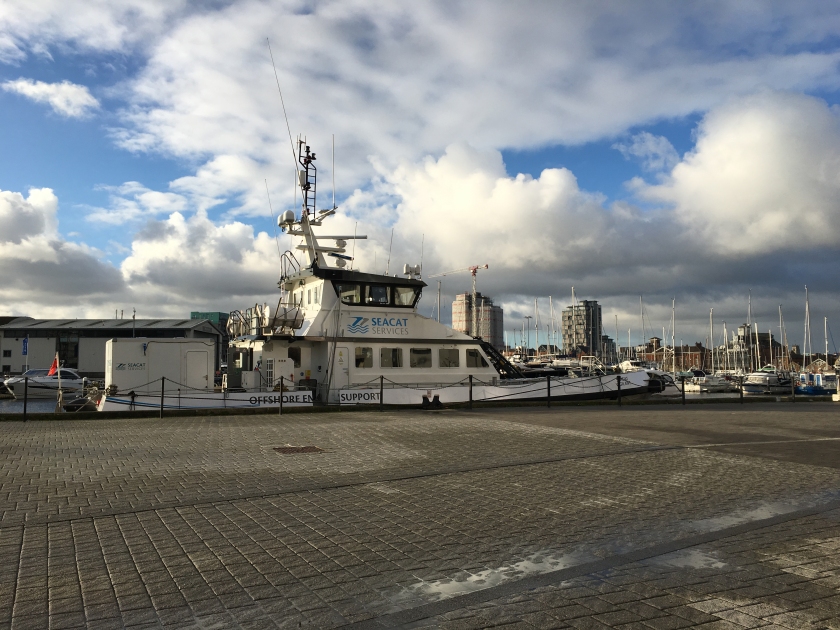 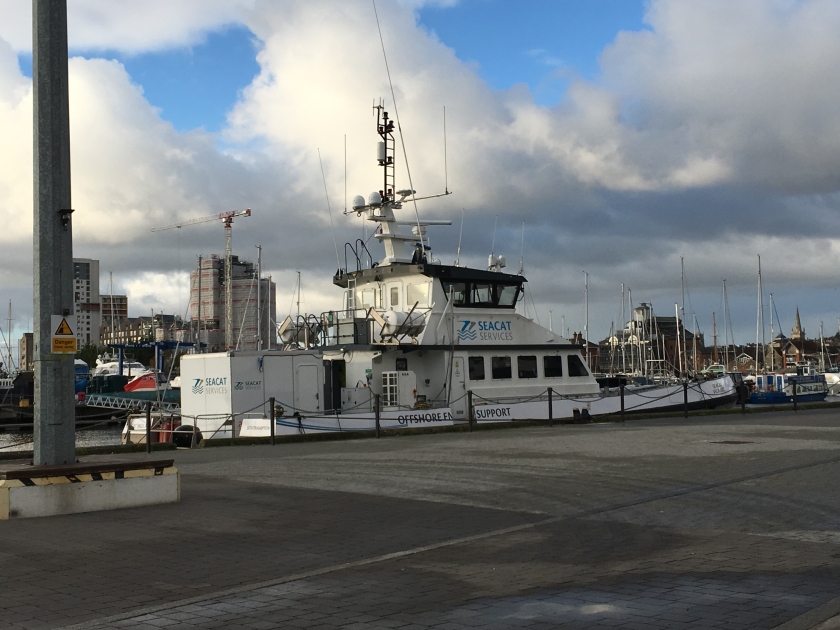 Finally, a shot of the stern  of Vigilant 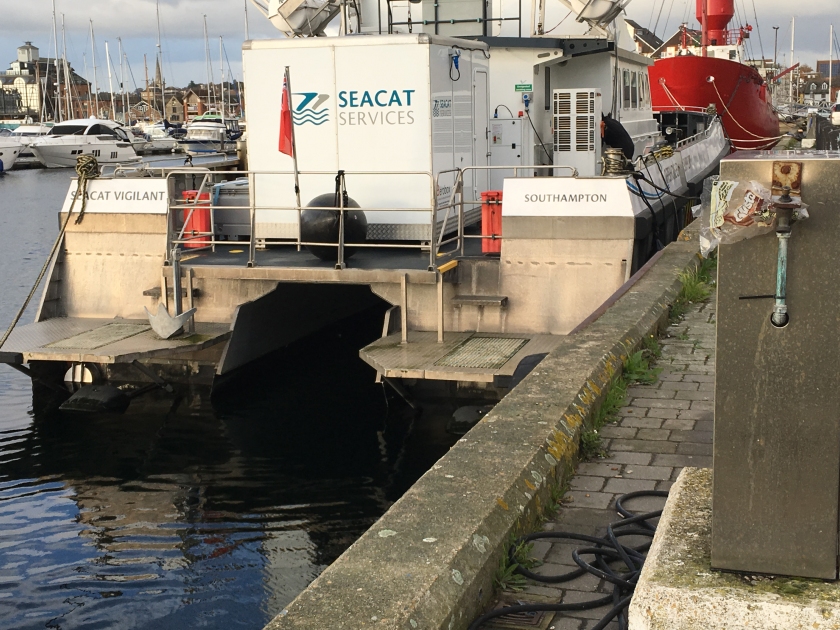 Having spent 20 years as a currency trader in the City of London, I moved into designing trading room software until 2001 when I retired and moved to Ipswich for a new career. I opened a hobby shop which I ran with my wife, Valerie, until 2012, when I retired. I now live on the Ipswich waterfront and spend my time programming, building model kits and creating my Marklin 3 rail model railway. View all posts by longhaireddavid

One thought on “I saw three ships”